A bias-related incident is any behavior or action directed towards an individual or group based upon actual or perceived identity characteristics or background. This bias motivates an individual to act in an offensive manner towards an individual or group including but not limited to: race, sex (including gender identity/expression), color, religion, ancestry, national origin, age, disability, veteran status, military status, or sexual orientation. Such acts may result in creating a hostile environment and may have a negative psychological, emotional, or physical impact on an individual, group, and/ or community.

Bias-related incidents occur without regard to whether the act is legal, illegal, intentional, or unintentional. While these acts do not necessarily rise to the level of a crime, a violation of state law, university policy, or the student code of conduct; a bias act may contribute to creating an unsafe, negative, unwelcoming environment of the victim, or anyone who shares the same social identity as the victim, and/or community members at the university.

Incidents which occur on campus that are not covered by formal policies and procedures but have the effect of harming individuals or groups may be addressed by the Just Knights Response Team (JKRT) protocol. The protocol may be initiated in cases when it is clear that the incidents have harmful effects on persons or groups based upon their race, sex (including gender identity/expression), color, religion, ancestry, national origin, age, disability, veteran status, military status, or sexual orientation.

A criminal offense committed against a person or property which is motivated, in whole or in part, by the offender’s bias against a race, religion, disability, ethnic/national origin groups or sexual-orientation group (per U.S. Department of Justice Hate Crimes Data Collection Guidelines). To constitute a bias-related incident, sufficient objective facts must be present to lead a reasonable person to conclude that the behavior or actions in question may be motivated by bias towards the status of a targeted individual or group.

Types of incidents may include (but are not limited to) the follow: 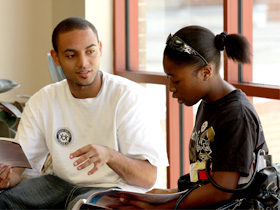